After I got settled in my new apartment, I began to notice a little black cat hanging around. She was super skinny, but very sweet, so I resolved to give her a better home. Mom & Dad said she could live ouside at our house in Florence, which I’ve come to realize is exactly how India likes it. She’s not a wimpy indoor cat.

I named India after the bushes she used to live in at my apartment–Indian Hawthorne. (If the vet said it was a boy, she would have been Hawthorne.) We once had a cat named in a similar vein–Azalea. When we took that one to the vet, he became Mr. Azalea very quickly. India was great on the car ride to Florence & very well-behaved at the vet’s. We got some bad news there though; India is FIV+. Her life expectancy is shortened because of the immune deficiency, but she can live another 6 years or so. And we know she will be much happier & healthier at my house.

These pictures are from the first day she moved to Florence (Memorial Weekend). From what I understand, she already looks much better. I’ll get some more recent pictures ASAP. 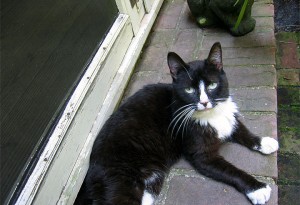 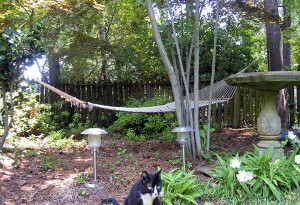 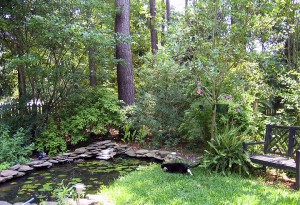 One thought on “Little India”